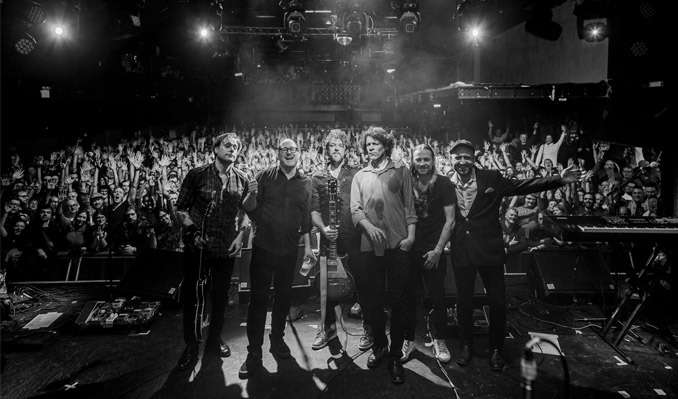 Formed in 2003, The Hold Steady have released eight albums, numerous singles and played over 1000 shows.

The Brooklyn-based band has performed in all 50 states in the USA and throughout Canada, Europe and Australia. The Hold Steady music has appeared across movies, advertising and TV, including on Game Of Thrones and Billions, in addition to writing original material for Seth Meyers cartoon The Awesomes and Meyers’ 2019 stand-up comedy special Lobby Baby.

In February 2021, The Hold Steady released their most recent record, Open Door Policy, which achieved the highest chart position of any The Hold Steady release, debuting #6 on the Billboard Current Album Chart. Vulture hailed that the record “expands their horizons,” and “gives the Hold Steady new heft and variety without undercutting the sharpness of the hooks or singer-guitarist Craig Finn’s heart-wrenching novelistic lyricism.”

2022 will see the band returning to their extended multi-show runs in cities across the globe, including The Weekender in London, England in March. Following that are appearances in Toronto, Melbourne (Australia), Nashville, Atlanta, Denver and Los Angeles, before the their classic December Massive Nights weekend in Brooklyn at Brooklyn Bowl.

FacebookMySpaceAmazonOfficial WebsiteMore InfoTwitter
*Service and handling fees are added to the price of each ticket.